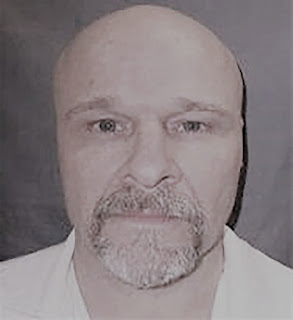 An inmate in Texas was put to death on Tuesday evening for committing a double murder 30 years ago.

Rick Rhoades was executed by lethal injection at the state penitentiary in Huntsville. The 57-year-old man was charged with the murder of two brothers in September 1991.

Charles Allen, 31 and Bradley Allen, 33, were killed at their home in the Houston suburb of Pasadena less than a day after Rhoades was released on parole after serving a sentence for burglary.


Rhoades was strapped to the death chamber gurney, where he looked briefly at the relatives of his victims as they walked to the witness area. He declined to make a final statement when asked by the warden.

The convict, who was given the powerful sedative pentobarbital, stopped moving within a minute and was pronounced dead 17 minutes after being administered the fatal injection.

Rhoades’s attorneys had earlier pleaded before the US Supreme Court to stop his execution, arguing that his constitutional right to due process had been violated.

The attorneys said Rhoades was prevented from pursuing claims that some potential jurors were possibly dismissed for reasons involving racial discrimination. The apex court, however, declined to delay the execution.

“We hope the Allen family finds peace after nearly 30 years of waiting for justice for their loved ones,” Harris County district attorney Kim Ogg said in a statement.

“The death penalty should be reserved for the worse of the worst, and a Harris County jury determined long ago that this defendant fits the bill,” she added.

The Allen siblings were asleep in their home, when Rhoades broke in and attacked Charles Allen, according to the prosecutors. Bradley Allen was killed when he tried to rescue his brother.

Charles reportedly played the piano and wanted to pursue a musical career, while his brother worked as a chemical operator at a local refinery apart from being a freelance artist.

Bradley Allen’s daughter Marley Allen Holt told the Associated Press that she witnessed his execution because Rhoades had watched her father die.

“I wanted to watch him die.”

“It’s a weird feeling. I can’t really describe what it’s like. It’s the most solemn thing I think I’ve ever been part of, if that’s the word that’s even appropriate,” said Kevin Allen, the third of the Allen siblings.

Popular posts from this blog

January 26, 2017
Statewide Criminal Record Searches- Check up on individuals your just "not sure" of. Conduct your own investigation on spouses, boyfriends, girlfriends, nannies, or use this service to help identify workers and associates. Prevent costly mistakes by protecting your assets, self interest. Reduce liability. Ideal for investigations, research, and other snoopers.
2 comments
Read more